Sat, 06/02/2018 - 15:11
redakcja
After the media caused real panic among US residents, especially in the state of California, European coffee drinkers are also concerned about the verdict of the local court. 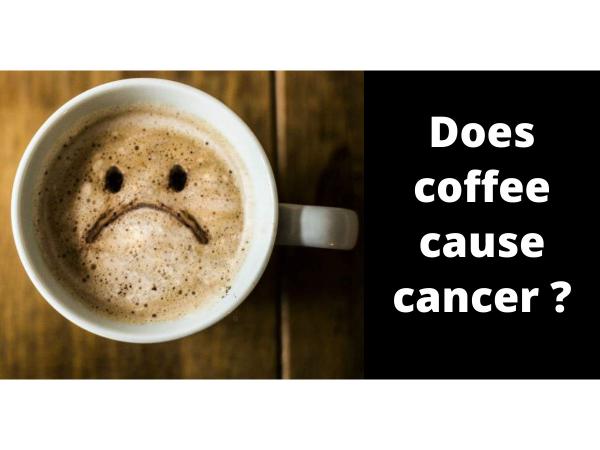 It all began in 2010, when the not-so-popular California NGO - the so-called Toxic Research Council (CERT) accused Starbucks and many other companies (there are 90 in total), including that they do not warn consumers, that the coffee they sell can cause cancer!

Acrylamide, a substance officially classified as probably carcinogenic to humans and which is formed during the heat treatment of coffee, has been guilty in this case. Although the advocates of coffee drinks tried to emphasize the beneficial properties of coffee and the acceptable risk associated with toxic acrylamide - the court verdict did not accept their arguments.

After eight years of dispute, Judge Berle ruled that companies have so far failed to clearly prove the harmlessness of acrylamide and will therefore have to warn consumers of the existing threat by using appropriate inscriptions on the products offered.

At present, all California companies employing at least 10 employees and at the same time using products considered to be carcinogenic or probably carcinogenic are required to warn consumers about the existing threat. There is a high probability that similar legal changes will occur quickly in other US states, as well as in Europe.

It can be presumed that this will not only apply to coffee, but also to other food products in which acrylamide is abundant.

In 2002, scientists showed that acrylamide is present in carbohydrate-rich foods that have been heat-treated above 120 degrees Celsius - as a result of frying, baking or roasting the beans.

Acrylamide in food is formed as a result of reactions that occur between reducing sugars (glucose, fructose) and the amino acid - asparagine - at a temperature of at least 120 degrees Celsius, which results in browning the surface of products subjected to this type of heat treatment.

Acrylamide is abundant in thermally processed potato products such as chips and fries, in cereal preparations (e.g. bread, breakfast cereals), coffee (both in roasted and soluble - where this compound is the most), chocolate, roasted nuts, dried fruit, soy products, and even in dried and roasted tea leaves.

Toxic acrylamide is present in many foods. Because to determine the sources of acrylamide accumulated in the body, not only its quantity in individual foods, but also the frequency of their consumption is important, according to the Institute of Food and Nutrition, one of the basic sources of this compound in the Polish diet is ... bread! Although the results of previous scientific studies have not provided an unambiguous answer to whether acrylamide is dangerous to humans - because the studies were conducted only on animals, the International Agency for Research on Cancer officially includes this substance in the group of compounds "probably carcinogenic to humans". Acrylamide has been classified by the WHO (World Health Organization) in group 2A: potentially carcinogenic.

Note, that the more intense the heat treatment of carbohydrate food products, the more acrylamide it produces.

Decaffeinated coffee is even more accused of causing severe diseases than its more natural variety - coffee containing caffeine. Why is this happening? Well, to get decaf coffee beans, they should be soaked in industrial solvents for many hours, the trace amounts of which unfortunately remain in the final product. In addition, decaf coffee is not completely caffeine free! There is no coffee variety on the market that is completely caffeine free!

Effect of acrylamide on the human body

Acrylamide has been proven to be toxic to both the peripheral and central nervous systems. As a result of prolonged exposure to high doses of this substance, damage to the nerve endings may occur, causing general weakness, tingling and numbness of the limbs, convulsions, problems with coordination of movements and maintaining balance, as well as other neurological and motor disorders. Acrylamide also severely interferes with the cell's energy acquisition, which can lead to their death.

Scientists have proved that acrylamide can cause DNA strand breaks, mutagenic and induce carcinogenesis. This substance impairs many processes at the DNA level, as confirmed in animal studies, as well as in vitro on human liver cells.

Comforting in all this is the fact that in order for acrylamide to cause any damage to the human nervous system, we would have to deliver it to the body in doses reaching at least 0.5 mg / kg of body weight per day, and the consumption of such an amount of this neurotoxin with food it's practically impossible!

Although the carcinogenic properties of acrylamide have been clearly confirmed as a result of animal studies, it has not yet been proven that acrylamide causes cancer in humans.

Acrylamide is abundantly present in many foods. As for coffee, it is present in all of them - except green coffee. As the table below shows, the real queen of acrylamide is instant coffee. Amazingly, even more acrylamide is contained in cereal coffee - which is not real coffee, however, and it has not been turned into a scandal yet!

If both the United States and European countries follow the California example, there may be radical cultural and social changes regarding the consumption of coffee drinks. This would put the future fate of coffee under a big question mark.

In connection with the verdict of the California Court, do coffee lovers have reason to fear for their own health? Certainly coffee, which in the light of many scientific studies is considered a health drink, drunk in small quantities has not hurt anyone yet. However, one should not underestimate the possible threats to health and, like everything else, it is good to use common sense and moderation.