Mon, 02/04/2019 - 20:03
redakcja
Is it worth eating a lemon regularly? It turns out that the most! In the literature on alternative methods of treatment you can find many references to the beneficial effects of this citrus on our health. 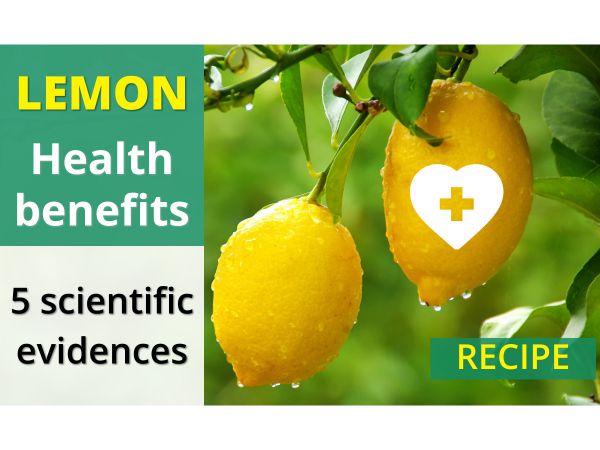 Apparently, more than 20 laboratory studies have shown that lemon is effective in destroying malignant cells in 12 types of cancer, including colon, breast, prostate, lung and pancreas, and that lemon tree compounds are 10,000 times more effective than adriamycin, which is a drug commonly used in chemotherapy!

Therefore, we decided to write something about this extraordinary fruit, focusing only on those properties of the lemon, which have been approved by scientists and citing credible evidence for each of the described activities.

1 - Lemon is the health of your heart

A heart attack is one of the most common causes of premature death of Poles. As it turns out, our diet is not the healthiest in the world! Do you know, however, that an ordinary lemon could protect you against life-threatening cardiovascular diseases, including a heart attack?

A medium-sized lemon contains about 30 mg of vitamin C valuable for our health, which in half satisfies the average daily requirement of an adult for this substance. Scientific research clearly confirms that eating large amounts of fruit and vegetables rich in vitamin C significantly reduces the risk of heart disease and stroke ( source 1 ).

In addition to valuable vitamin C, lemon provides us with large amounts of fiber and flavonoids. As is known, citrus flavonoids, including naringenin, hesperidin, nobiletin and tangeretin, are promising therapeutic agents in the treatment of metabolic disorders. The results of epidemiological studies confirm that eating foods containing large amounts of citrus flavonoids relieves cardiovascular disease. Scientists clearly prove that the hesperidin contained in lemon effectively reduces the concentration of heart-threatening cholesterol in the blood ( source 2 ), thanks to which the blood vessels stay in better condition and remain elastic. Recent scientific studies indicate the important role of citrus flavonoids in the treatment of dyslipidemia, insulin resistance, fatty liver, obesity and atherosclerosis ( source 3 ).

As is well known, a diet rich in vegetables and fruits significantly reduces the risk of cancer. Lemon, however, has a much stronger anti-cancer effect than the average fruit or vegetable.

The results of another type of animal study clearly show that D-limonene, a chemical compound abundant in lemon oil, has anti-cancer properties ( source 5 ).

3 - Lemon will protect you against anemia!

The most common form of anemia in humans is deficiency anemia associated with iron deficiency. The disease occurs when too little iron is absorbed through the mouth. Depending on the patient's condition and cause of the deficiency, iron absorption can often be significantly improved by consuming adequate amounts of vitamin C and citric acid. Since lemons contain both vitamin C and citric acid, they can protect us against the aforementioned variant of anemia, ensuring the absorption of large amounts of iron from the diet ( source 6 ).

Although some fruits contain much more, lemon is a fairly rich source of well absorbed vitamin C.

Vitamin C is a very effective antioxidant that protects the body's cells from uncontrolled reproduction of reactive oxygen species. Mainly due to this property, vitamin C affects our immunity, both innate and adaptive. Vitamin C has been shown to stimulate both the production and function of leukocytes (white blood cells), especially neutrophils, lymphocytes and phagocytes ( source 7).

Interferons are a group of proteins produced and released by body cells in response to the presence of pathogens in the body. They provide communication between cells to fight intruders and strengthen the resistance of healthy cells to virus attack. In addition, interferons inhibit the synthesis of proteins of viruses present in the body, and also activate NK cells and macrophages. In vitro laboratory tests clearly show that vitamin C increases the level of interferon in the body, which promotes the optimal functioning of the immune system.

Lemons contain huge amounts of citric acid, which means that they have a very positive effect on the health of people suffering from kidney stones. According to scientists from the University of Wisconsin, citric acid prevents the formation of kidney stones, and also dissolves any small stones that have already formed there. The higher the concentration of citric acid in the urine, the more it prevents the formation of kidney stones. Half a glass of pure lemon juice per day is the same dose of citric acid that is usually introduced into the body as a result of drug therapy - except that natural lemon is a lot healthier than this type of medicine!

According to experts, the healthiest form of lemon is frozen fruit. Therefore, we present a simple recipe for making a frozen lemon.

The lemon should be thoroughly washed before putting it in the freezer - in this way we will avoid the consumption of pathogens and pesticides, which are intensively sprayed with these fruits. If you have the opportunity, always prefer lemons from certified organic farming.

Use apple cider vinegar to wash the lemons. Then rinse with lukewarm water and let them dry well. Put the fruit in a clean plastic bag and place it in the freezer until the next day.

To serve, grate the whole fruit along with the skin (it's very healthy), flesh and seeds. Frozen lemons can be added to various dishes, cocktails, teas, pastries, desserts and soups, or you can eat it directly.