Lychee - This fruit can heal You, but It could also be poisonous!

Thu, 10/31/2019 - 21:19
redakcja
Although the lychee fruit is originally from China, Madagascar, where the lychee season lasts from October to April, is the largest supplier of these fruits to Europe. Lychee is an increasingly popular fruit around the world, not only because of its interesting taste and unusual, attractive appearance, but also because of its nutritional value and medicinal properties. 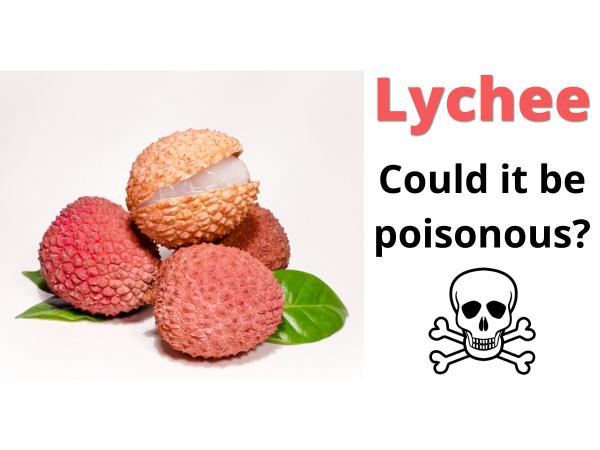 Lychee, also known as Chinese plum, grows on trees up to 9 meters high, and the fruit ripens in clusters of several to several pinkish balls.

Canned lychees in sweet syrup are popular in stores, but some supermarkets bring fresh fruit (they are available most often from November to March). Sometimes dried lychees can be obtained in health food stores.

Regular consumption of lychee fruit can have many health benefits. Lychee has strong anti-inflammatory and antioxidant properties. In addition to confirmed anti-cancer activity, this fruit provides us with high protection against heart disease, proves helpful in problems with hypertension and supports the production of red blood cells. But it is not everything! Lychee contains a very large amount of routine, which increases the strength of blood vessels, preventing the formation of both varicose veins and reducing the susceptibility to bruising.

The latest research results indicate that lychee fruit deserves recognition as a useful remedy for many health disorders in humans. The study results published in the Journal of Ethnopharmacology clearly confirm the healing properties of these fruits. Phytochemical research carried out in this direction showed that the basic chemical components of lychee are flavonoids, sterols, triterpenes, phenolic compounds and other bioactive compounds.

You should avoid eating lychee on empty stomach!

Many tropical fruits, in particular lychees, contain substances that inhibit glucose production, so-called hypoglycine. Because of this, lychee fruit consumption can sometimes be fatal, especially in children, on an empty stomach and in people with some disorders. Why can hypoglycine be dangerous if taken on an empty stomach? Well, being hours of fasting blood glucose levels are physiologically low, and an additional reduction in hypoglycin can have a drastic effect! Then typical hypoglycaemic symptoms such as convulsions, arrhythmias and brain edema occur.

In such cases, an ambulance should be called immediately to supplement intravenous glucose as soon as possible and to avoid the worst!

In countries where lychee is popular, unfortunately, there are quite often cases of dangerous consequences of eating these fruits on an empty stomach, especially among children. At best, the children were hospitalized, where their lives were saved at the last minute. The highest concentration of the amino acid disrupting glucose production in the liver is found in unripe lychee fruits. So lychee, yes, but very carefully, and it's better not to give children at all.

1 - The Lancet - Association of acute toxic encephalopathy with litchi consumption in an outbreak in Muzaffarpur, India, 2014: a case-control study;
2 - Dr Mercola - 10 Amazing Health Benefits of Lychee Fruit;
3 - NDTV Food - The Poisonous Litchi: Here's How Toxins in the Fruit Killed Children in Bihar.
Zdrowie