This is why You should drink coffee everyday

Mon, 11/25/2019 - 19:04
redakcja
Recent studies have shown the great benefits of drinking coffee for metabolic diseases. The goal of the next coffee research was to confirm whether the phytochemical caffeine contained in it is the cause of this incomprehensible effect. 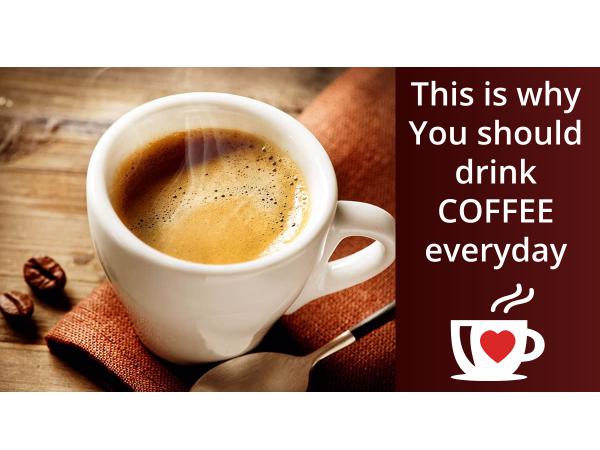 Due to the constant accumulation of scientific evidence suggesting that the composition of the intestinal bacterial flora can have a huge impact on our health, increasing or reducing the risk of developing many diseases, this time the researchers conducted research on coffee exactly in this respect.

It was decided to check what effect of her drinking has on bacteria living in our intestines. Therefore, researchers investigated the relationship between caffeine intake and the composition and structure of the large intestinal microflora ( source 1 ). For this purpose, screening colonoscopy and endoscopy were performed on 34 participants in the experiment to analyze the exact state of colon health of each. Researchers performed 97 mucosal biopsies, collecting material from various segments of the intestine, then extracting DNA from microorganisms present in this segment of the gastrointestinal tract and conducting 16s rRNA sequencing analysis. Research participants were also asked to complete a questionnaire that would allow, inter alia, an accurate assessment of their daily coffee consumption. The team divided coffee intake into high - at least 82.9 mg per day - and low - less than 82.9 mg per day.

The effect of coffee on the intestinal microbiome

Study results showed that people regularly taking large amounts of caffeine had high levels of Faecalibacterium and Roseburia, and low levels of Erysipelatoclostridium ramosus - potentially harmful microorganisms. The research team confirmed that these proportions turned out to be completely independent of the age of the participants and the quality of their diet.

Excessive amounts of Erysipelatoclostridium ramosum can seriously damage health. Earlier scientific studies on humans have associated E. ramosum with metabolic syndrome, and animal studies have shown a link to excessive levels of these bacteria with higher blood glucose levels and more fat transporters in the small intestine, which increases diet-induced obesity.

People who regularly drink a lot of coffee have also noted higher levels of other bacterial species commonly found in intestinal microbiome. These are bacteria such as Odoribacter, Dialister, Fusicatenibactor, Alistipes, Blautia and various strains of Lachnospiraceae.

Scientists do not fully understand why coffee has such a positive effect on human intestinal microbiome. They suppose that the caffeine it contains, or other ingredients, may affect the metabolism of bacteria present in the intestines. The state of health of our body depends on the type of their metabolites, end products of this process. Some metabolites can be very toxic to us.

Or is it not caffeine, but polyphenols contained in coffee?

The study of the effects of coffee on intestinal bacteria, however, had some limitations, as it was only carried out on 34 adult men in the same hospital, and the intestines of all participants were quite healthy. It is not known whether similar results would also occur in women, children or other types of populations - e.g. elderly people suffering from some diseases.

Researchers could not determine whether it was accidental caffeine, but polyphenols or other compounds contained in coffee that could have a decisive influence on the results.

According to researchers, the intestinal bacterial flora is a coherent link between diet and the occurrence of chronic diseases. People who regularly eat fat-rich foods and a lot of processed foods tend to store more endotoxins in their intestines, the toxic components of "pathogenic" bacteria associated with obesity, insulin resistance and cardiovascular disease. Conversely, the polyphenols contained, for example, in coffee, like other antioxidants, compounds naturally found in plant foods, are probably what provides a more optimal composition of the intestinal bacterial flora.

Some studies put coffee in a very good light, while others show that coffee can harm health. According to scientists, decaf coffee is definitely the most harmful to health, even toxic and carcinogenic. Why? Well, it turns out that to clean the coffee beans from the caffeine it contains, production procedures usually provide for the use of solvents that are very harmful to health. Coffee is soaked in them many times, so that the beans from which we make coffee contain their residues.