What does urine say about your health? Turbid urine, foamy urine and other abnormalities

Mon, 05/07/2018 - 12:04
redakcja
The human body is equipped with specialized capillaries, so-called glomeruli. It is thanks to them that our urinary system is able to constantly filter blood. Glomeruli mainly filter blood on the basis of particle size, and relatively large elements - such as blood cells, platelets, antibodies and protein - are not normally passed on and do not enter the urine. 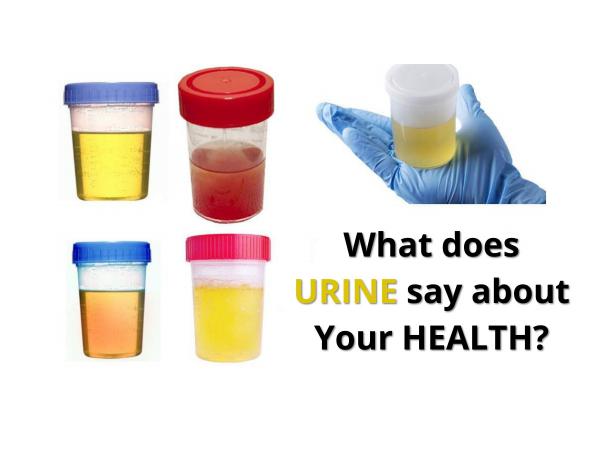 Because the characteristics of urine, not only its color, appearance, smell, but even its amount, depend on many factors, such as - for example, the state of health and hydration of the body, physical activity, ambient temperature, intake of specific nutrients, its analysis provides valuable tips regarding the patient's health condition.

The color of urine is mainly determined by the by-products of the breakdown of red blood cells. Hemoglobin is converted by the liver into water-soluble forms that can be excreted into the bile and indirectly into the urine. This yellow pigment is urochrome. It is to him that urine owes its characteristic yellow color. 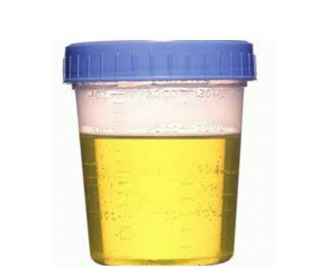 The correct color of the urine is light yellow, reminiscent of the color of straw. Pale yellow, clear urine is usually a sign of health and indicates adequate hydration.

The unusual color of urine, fortunately, does not always indicate a serious illness and the need to see a doctor. Even some foods, such as beets and berries, as well as some medications, can affect its temporary color. If our urine color suddenly changed, then let's not panic. It is worth considering the causes such as food and medicines. However, if after eating some products that may cause changes in the color of urine, our urine will change color at a very fast rate, this may indicate a problem with intestinal leakage. In the case of airtight intestines, the color of urine under the influence of food should change after many hours after eating.

Dark orange urine indicates gallbladder or liver problems. However, a similar color can be caused by eating large amounts of carrots, beets or raspberries. It is worth adding that the dark orange color of the urine may also be the result of using some medications. Liver problems or obstructions in the drainage of bile from the liver can give the urine a fairly dark color, sometimes reminiscent of black tea or Coca-Cola.

Red or red-brown urine may appear when using certain medications, such as preparations for the treatment of urinary tract infection, some anti-inflammatory and painkillers, antibacterial, antihistamines and some anesthetics. Also, kidney stones or cancer of the urinary tract can contribute to bleeding, manifested in pink, bright red, as well as red-brown urine.

The red-pink color of the urine can mean gout, because the color is caused by urate. Eating large amounts of beta-carotene-rich foods, as well as beans, broad beans or rhubarb, may contribute to the red-brown color of urine. Such urine color, however, can also be a sign of very serious diseases, so if you did not eat such foods and do not use new drugs, then in the event of red-brown urine, it is urgent to see a doctor.

If the urine is dark brown, even gray, then we should immediately go to the hospital, as this may indicate very serious kidney problems.

Urine may turn black if it is supplemented with iron. If you do not consume iron and your urine is black, this is an alarming signal and you must report to a doctor as soon as possible! 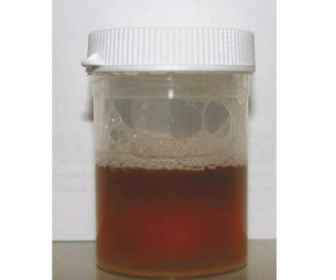 Too bright, almost colorless urine usually indicates that we are consuming too much water. This condition is quite rare and usually affects athletes. The so-called hypotonic overhydration is a condition in which there is too much water in the body and too low sodium in the blood. Hypotonic hyperhydration can sometimes indicate very serious diseases, which can result in acidosis, coma, nervous system damage and even death! In the case of hypotonic overhydration, urgent hospitalization is required. 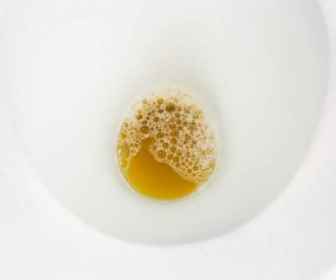 Urinary excretion of larger than normal amounts of protein - i.e. above 200 mg / L - can have many causes. Some of them include chronic stress, fever, pregnancy, a protein-rich diet, intense physical exertion, prolonged standing (orthostatic proteinuria), dehydration. In such cases, the amount of protein in urine spontaneously returns to normal after the cause of proteinuria has disappeared. Sometimes, however, the presence of protein in the urine can be a symptom - even serious - of diseases such as glomerulonephritis or nephrotic syndrome.

Too cloudy urine is most often associated with its unpleasant smell. Turbid urine may indicate a urinary tract infection. There is also a suspicion that kidney stones are to blame for this. Turbid urine can also be caused by dehydration of the body and, unfortunately, by type 1 or type 2 diabetes!

If you notice that you regularly give too cloudy urine , be sure to consult a doctor who will order appropriate tests.

Daily urine volume can vary greatly and depends on many factors. Its normal range is one to two liters. To effectively cleanse the body of toxins, the kidneys must produce at least a minimum amount of urine, or about 500 ml per day. Daily urine volume below this level may be due to severe dehydration or kidney disease and is referred to as oliguria.

When the daily urine volume exceeds 2.5 l, we can talk about polyuria. People with polyuria usually urinate more than 7 times a day, as well as at night. When at night urine is passed more than twice, then so-called nocturia is recognized. Polyuria can be an indicator of chronic kidney disease. Increased calcium or decreased potassium in the blood can also cause polyuria.

Because polyuria can sometimes signal life-threatening conditions such as diabetes, you should seek medical attention as soon as possible if it occurs.

About one-fifth of people detect a pronounced smell in the urine after eating asparagus. Other foods, such as onions, garlic and some fish, can also give urine a strange and unusual aroma! However, urine odors caused by specific foods are completely harmless.

The norm of ammonia in urine, determined from daily urine collection is 40-60 mmol / day. If the urine smells of ammonia, it should be a diet rich in nitrogen, which is the excess of consumed proteins and green leafy vegetables. However, the intense smell of ammonia in the urine is also felt in disorders of liver function, metabolism, bacterial infections of the kidneys or urinary tract, bladder infections, in the case of diabetes, as well as with venereal diseases. In addition, the smell of ammonia in the urine is felt in very thin children and in people suffering from lambliosis. Increased urinary ammonia also occurs in the course of metabolic acidosis, dehydration, fasting, diabetes, methylene intoxication, salicylate overdose, respiratory acidosis, and hypokalemia.

When we smell a strange urine smell, don't panic right away! Most often this is due to dietary changes. However, if you want to be absolutely sure that you are okay, you should do basic urine laboratory tests.